Soon, Rochester City Council is likely to decide on the future of Parcel 5. Will council members give the go-ahead to the proposal from the Rochester Broadway Theatre League and Morgan Communities to build an arts and entertainment center coupled with a residential tower?

The decision could be influenced by a consulting firm’s findings on how the RBTL complex might impact other local arts organizations. Another factor that clouds the proposal: the FBI investigation of developer Bob Morgan’s company, which already has produced charges against Morgan’s son and nephew.

An arts and entertainment center coupled with a residential tower has been proposed for the former Midtown Plaza site.

Personally, I would not bet even a tiny fraction of $25 million—the amount Paychex founder Tom Golisano has pledged for the entertainment center—on what the outcome will be. In a matter of weeks, Parcel 5 could be back at square one.

There is something, however, I’d be willing to place a wager on: Parcel 5 will not become Rochester’s signature downtown open space.

Despite the considerable support this idea has attracted, it’s almost certainly not going to happen. Yes, the former Midtown Plaza site could remain in its current state—gravel and dirt, bordered by a handful of skinny trees—for quite some time, as the city tries to figure out what to do next. But a thoughtfully designed urban square or park? No.

I say this not because I think a public square or park at Parcel 5 is a bad idea. On the contrary, I’m all for a world-class open space in downtown Rochester, and Parcel 5 by far is the best location for it.

No, I say it because I think City Hall sees the Parcel 5 opportunity through a very narrow lens—one shaped by misconceptions. Among them:

■ Open space has no value. Foremost, city officials apparently believe a public square or park at Parcel 5 would be a waste of precious downtown space. To have value, the property needs taxable development. Yet other cities have shown how well-designed public space can stimulate growth in the surrounding area.

In Columbus, Ohio, an urban mall whose better days were long in the past (much like Midtown Plaza here) was leveled and the land it occupied transformed into Columbus Commons, a six-acre green space. In its first year after opening in 2011, Columbus Commons hosted 130 events that attracted 300,000 visitors. Property values neighboring the park have soared, drawing both residents and merchants. 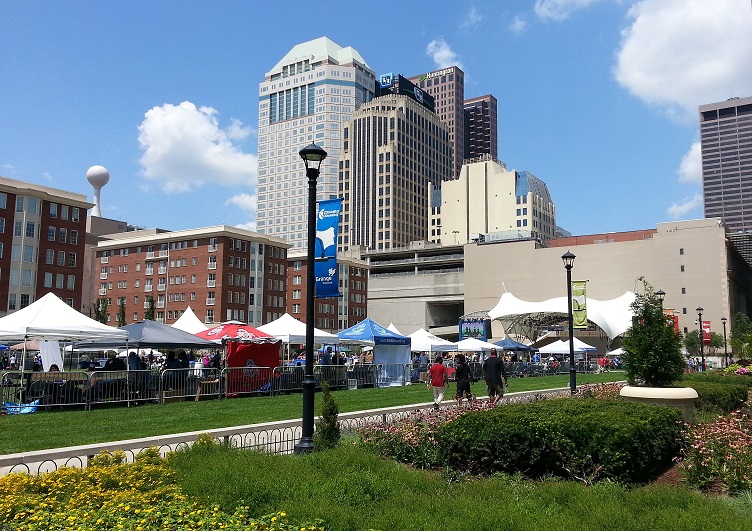 Columbus Commons has spurred hundreds of millions of dollars in private investment. 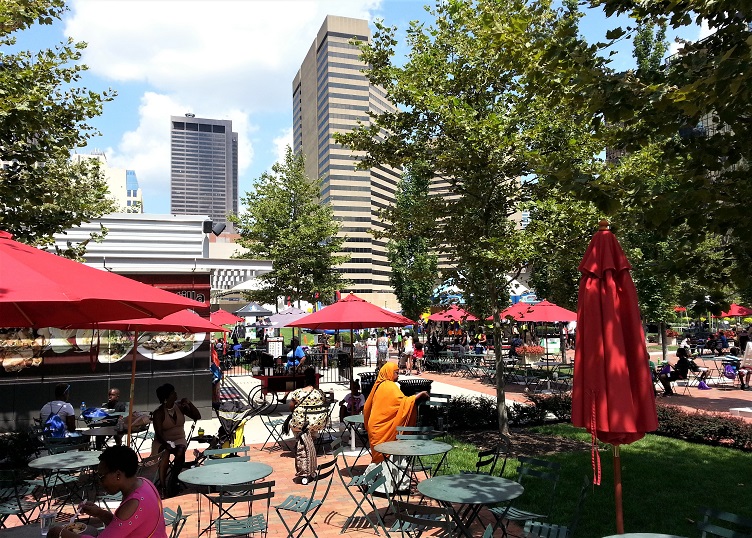 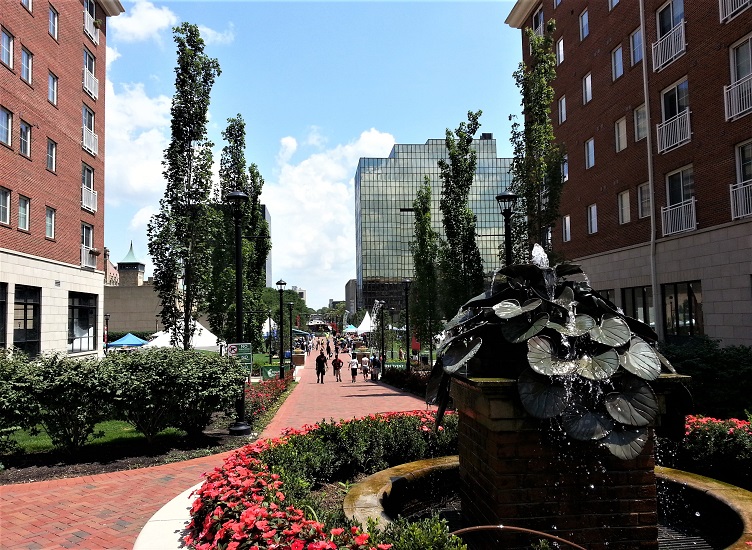 Columbus Commons has a packed program throughout the year (a recent four-day period included kickboxing and cardio fitness sessions, a wine festival and a free concert featuring Bruce Hornsby). But even on quieter days it is a bustling, festive place. When I visited there one afternoon this summer, a sizable crowd had gathered for FamJam, a family-oriented festival with booths hosted by community groups and organizations, and youth performances on the main stage. Others were relaxing amid the colorful gardens, riding the hand-carved carousel, having fun with an electronic playground, or eating at one of two outdoor cafes.

How did Columbus Commons happen? Some strategic planning and a public-private partnership of the mayor’s office, Columbus City Council and major local corporations. In other words, nothing that could not happen here.

In New York City, Bryant Park—once a hangout for drug dealers—now is an award-winning park that draws a diverse mix of city residents and visitors. It reopened in 1992 after a four-year renovation, with a design inspired by classical French urban parks like the Luxembourg and Tuileries gardens in Paris.

While Bryant Park is located in a business district, the park is spurring development of condos and rental apartments, grocery stores and restaurants. 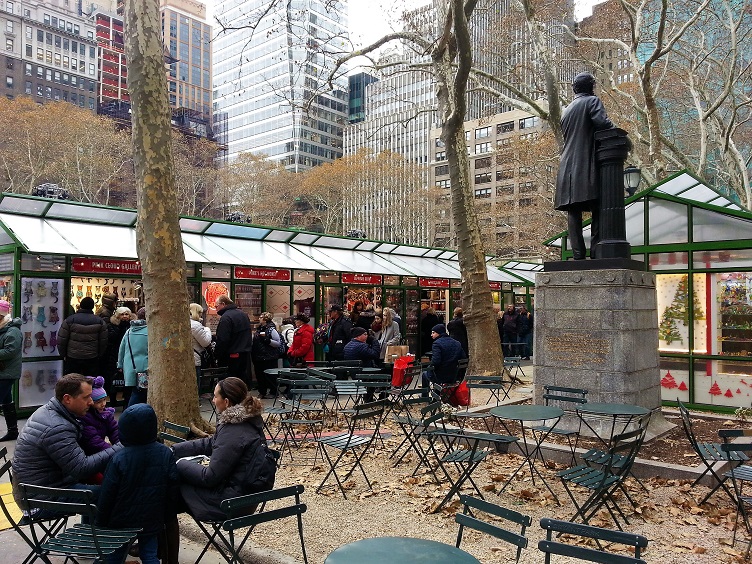 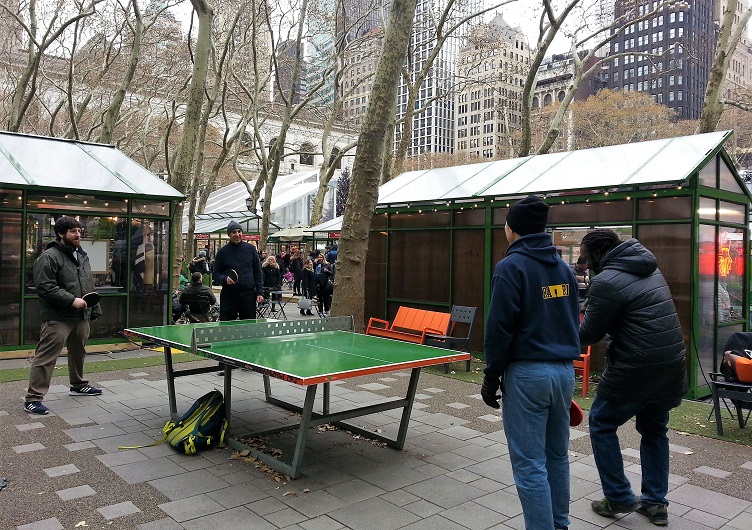 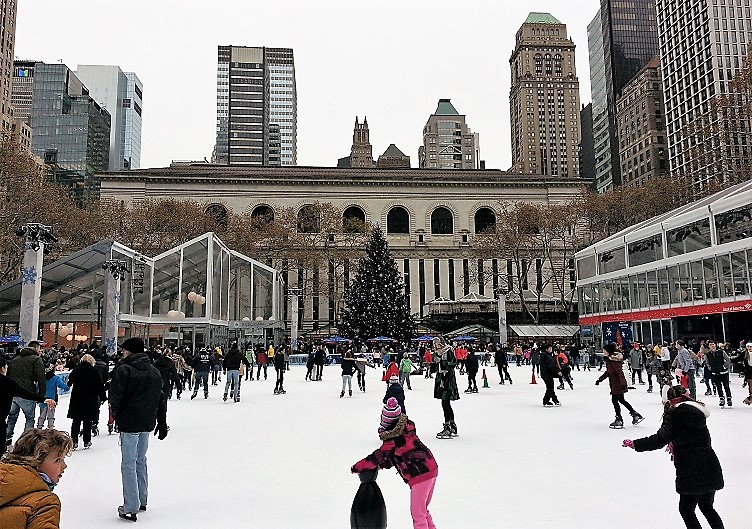 ■ Rochester’s weather. A public square or park at Parcel 5 would go unused once the weather turns cold, right? That’s not the case at either Columbus Commons or Bryant Park. During a visit to New York City last December, Bryant Park was bustling. The Winter Village, sponsored by Bank of America, runs from Oct. 28 through New Year’s; last year it featured more than 175 vendors (nearly 40 of them serving food) and a 17,000-square-foot skating rink. Even the year-round surfaces for table tennis were in use.

■ Parcel 5’s size. Some who acknowledge the vitality that a public square could bring to downtown Rochester say Parcel 5, at slightly more than an acre, simply is too small. After all, Columbus Commons is six acres and Bryant Park occupies nearly 10. But compare city populations: Rochester has roughly 209,000 residents, while Columbus has more than four times as many people—and New York City’s population tops 8.5 million. A six- or 10-acre park in a downtown the size of Rochester’s? Let’s be serious. In fact, Parcel 5 seems like a perfect fit here—small enough to feel welcoming yet large enough to host Jazz Festival concerts and Fringe Festival events. (Besides, city squares come in all sizes; among those earning praise are Campus Martius in Detroit, 1.6 acres, and Larkin Square in Buffalo, 0.8 acres.) 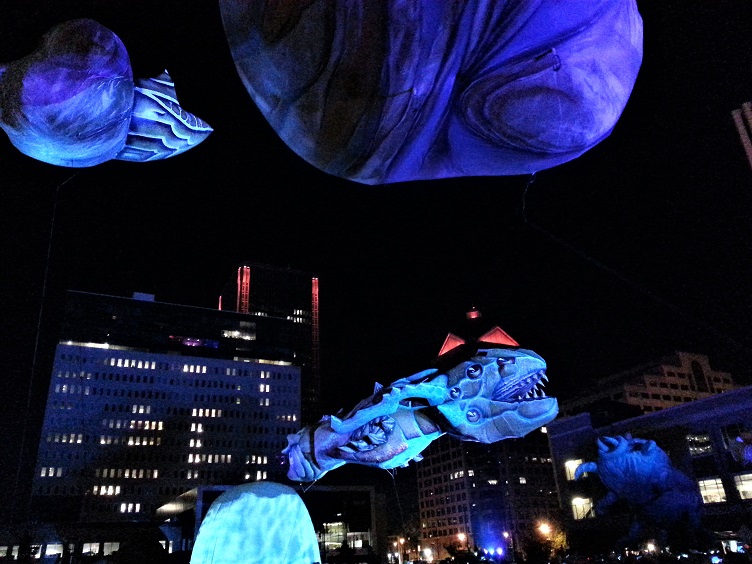 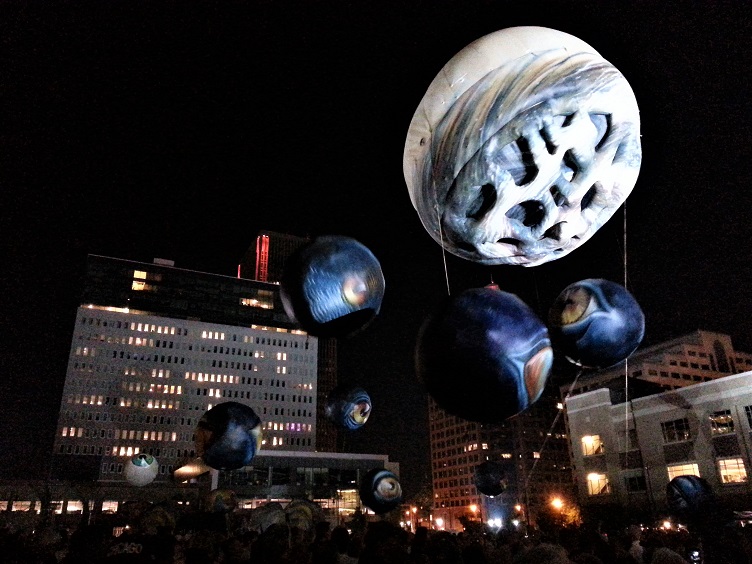 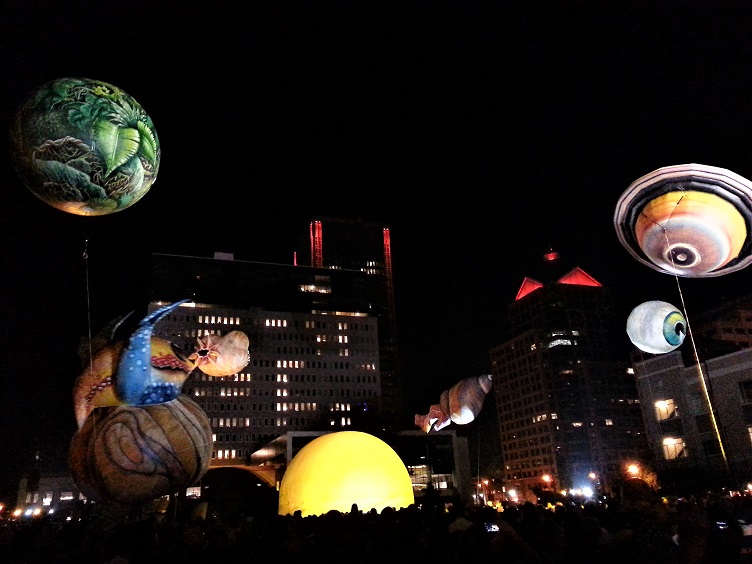 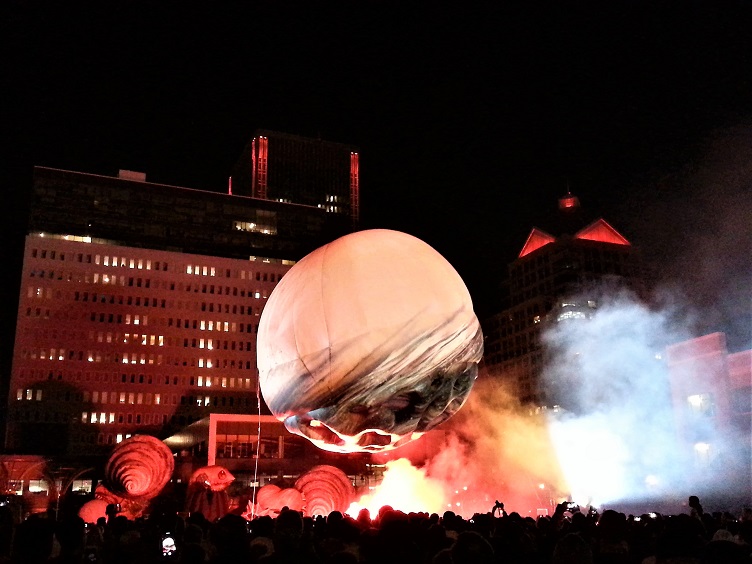 ■ Enough open space, already. Skeptics also like to note that downtown already has several parks, including two large ones—Martin Luther King Jr. Park and Charles Carroll Park—and the planned ROC the Riverway will bring more open space development. But neither Martin Luther King Jr. Park nor Charles Carroll Park is designed to be an urban square—a public space meant for festivals, concerts, outdoor markets and other community gatherings. The same is true of ROC the Riverway, which would be akin to the Scioto Mile, which has transformed the riverfront a stone’s throw from Columbus Commons.

■ We can’t afford it. Finally, naysayers argue that without taxable development, a park at Parcel 5 would be a drain on city resources. But that assumes no public-private partnership of the kind found in other cities, where non-profit corporations manage the site and generate revenues through programming, concessions and sponsorships. (Other examples include Klyde Warren Park in Dallas, which boasts a large lawn, an eatery, a fountain plaza, a play area for children and a concert pavilion. It’s run by the Woodall Rodgers Park Foundation. And Cleveland Public Square, which is managed by the nonprofit Group Plan Commission.) It also assumes no expansion of the tax base in the area neighboring the park. Like any investment, the payoff is unlikely to come overnight—but other cities have shown that it need not take decades either.

In Europe, few would question the importance of a central public open space where the community can gather to relax, be entertained, discuss and debate ideas, meet friends and make new ones. Those that also serve as a marketplace are focal points of commerce and entrepreneurial activity.

Turning Parcel 5 into a world-class public square or park could solidify the residential revival that’s under way at and around the former Midtown site. It also could help energize the nearby Downtown Innovation Zone. The Brookings Institution, MIT’s New Century Cities designers and other leaders of the innovation district movement nationwide talk about the importance of “digital places”—public spaces made to be digitally accessible. In some cities here and abroad, these spaces have been used as “living labs” to test innovations. The aim, according to Brookings researchers, is to foster “a more seamless transfer of knowledge within and across firms, workers and supporting institutions—in turn facilitating the creation and exchange of new ideas that fuel even greater economic activity and growth.”

So, imagine a place where city residents and visitors gather, where Eastman School of Music students play during breaks from their studies, where those who live or work downtown can enjoy the outdoors in any season, where DIZ workers mingle and dream up innovations. Given the number of people who have spoken out in favor of open space at Parcel 5, I think many Rochesterians can picture that.

Unfortunately, few of them work at City Hall.

11 thoughts on “What public square skeptics get wrong”